EMOTIONAL GENIUS: The Greening of Consciousness 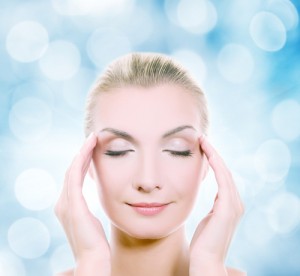 Many cultures and persons extol the importance of a high intelligence quotient (IQ). Very little focus or attention is directed to the equally important quality of emotional quotient (EQ). A person who has a very high ability to access, “juggle”, and appropriately articulate the array of emotions that present themselves continuously is truly an “emotional genius”.

This person has a very high EQ. “E-motions” are the GPS of our Psyche. They are the navigating compass that guides us in how to motivate ourselves and move forward. After much trial and error and with increasing wisdom, we learn how to interpret our emotions in order to direct our path towards our true Self.

There are eight basic emotions. Four of them are the so-called “good” emotions and they are: love, joy, curiosity and surprise. The other four are the so-called “bad” emotions and they are: anger, fear, sadness and disgust. They are neither “positive” nor “negative”. They are all necessary for a balanced, whole life. Almost all of the other emotions are a blend of these basic building blocks. For example, melancholy is a mixture of joy and sadness.

The Greek philosophers used the word “kairos” to describe the state of being well-connected to all of one’s emotions in a given moment. They used the word “khaos” to describe the state of being in complete and continuous harmony with all of one’s emotions, while artfully articulating and acting upon them. Khaos is another form of emotional genius.

According to Greek mythology, Dionysus had three births: his first was to his earth mother, Semele; his second to his father, the god, Zeus; and his third to his maternal grandmother, Urea. Urea was the daughter of Gaia, the Earth Mother. This third birth was meant to depict that Dionysus was connected to the whole cosmos, as well as to the physical and mental realms. His emotional interactions were not merely limited to his daily thoughts, feelings and achievements. He had a “green consciousness” because he was “environ-mentally” connected to the whole Greek cosmic Psyche via his maternal ancestry.

Our present political leaders are predominantly male and many of them are almost totally bereft of environmental sensitivity. Consequently, our environment is severely at risk. An emotional genius knows that the environment in which we live is crucial to our overall well-being and survival as a species. Thus, our leaders, both male and female, need to have a very high EQ, as well as a very high IQ.

René Descartes famously said that we are a thinking animal. He was correct as far as he went. It is also true that we can do what I call, “clearing thinking”. In my hypnotherapy practice, I teach people how to temporarily clear their minds of all thoughts in a safe surrounding. Basically, we turn off the sympathetic nervous system. We rely only on the “vagus” nervous system (the parasympathetic nervous system). In this totally open and fully alert state, thinking is totally unnecessary! A person in this state is completely open to suggestion and/or auto-suggestion.

When the Dalai Lama was asked how Buddhists deal with “negativity”, his answer was that they have no concept of or word for “negativity”. In other words, negativity is a “thought form”, not a reality! When we clear our thoughts, there can be no negativity. No wonder the Dalai Lama and many other spiritually evolved emotional geniuses have a perpetual smile!

This article was written in June of 2014 by:
Richard M. Haney, M.Ed., Ph.D. (Counselling and Mediation)
Richard has been practicing Wholistic Counselling, Coaching, Hypnotherapy and Mediation for the past 25 years in Ottawa.
Richard by phone: (613) 234-5678. By e-mail: richard@magma.ca